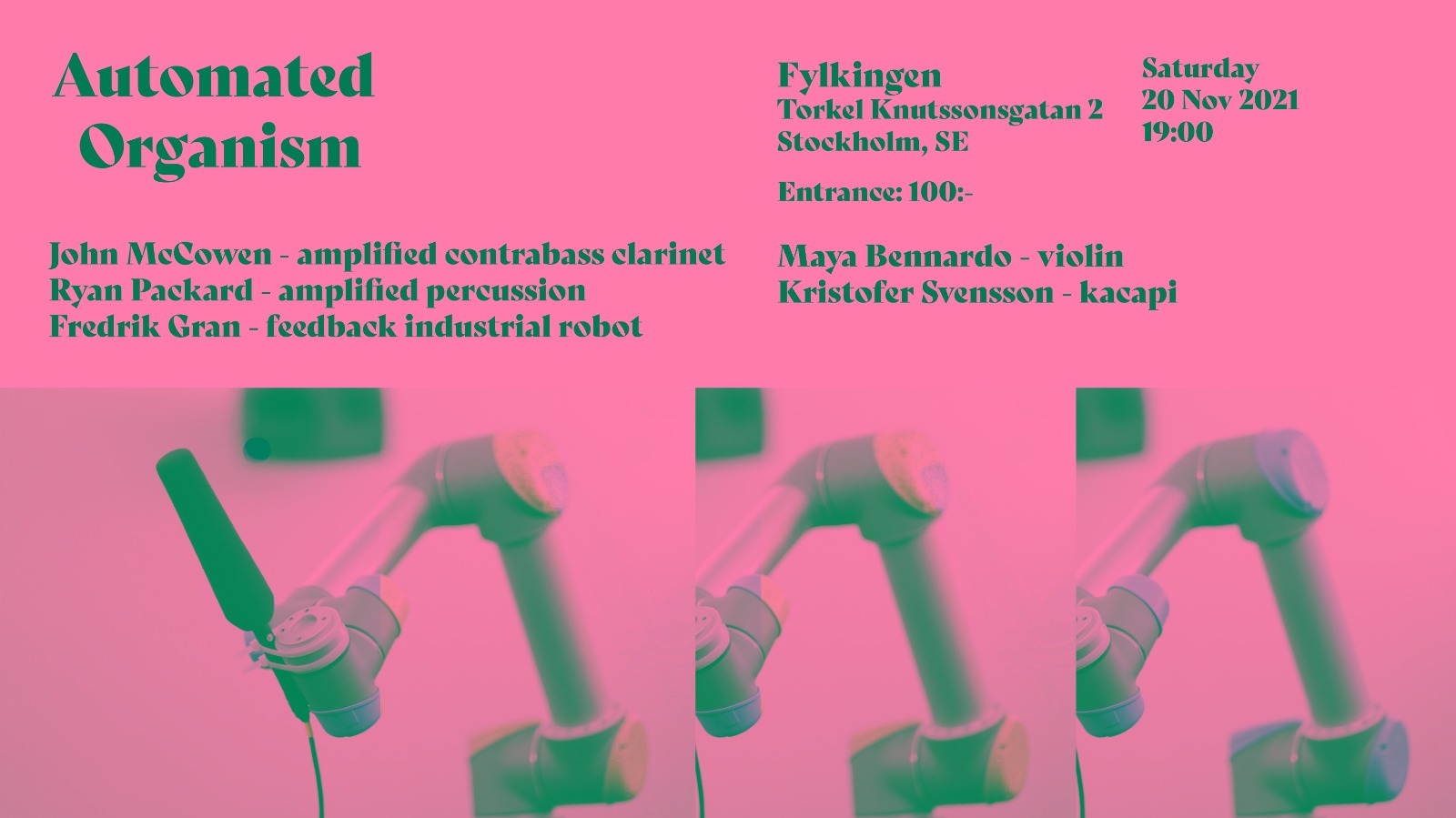 Maya Bennardo is a violinist and improviser, based in Brooklyn, NY and Stockholm. She has been a key player in New York's contemporary art music scene for the past decade, and is a member of the Mivos Quartet and the violin/viola duo andPlay, which she co-founded with Hannah Levinson in 2012. After premiering several pieces by the composer and kacapi musician Kristofer Svensson, both solo as well as part of the New York ensembles Contemporaneous, Arcus Collective, ensemble mise-en, and andPlay, Bennardo and Svensson started playing music together as a duo in 2020. Playing duo with kacapi and violin is a traditional Sundanese format known as 'kacapi-biola'. Svensson studied this music with Ade Suparman and Dody Satya Ekagustiman in Bandung. A light perfume of this tradition can possibly be traced behind the ascetically restrained, improvised tonal movements that Bennardo and Svensson bring forth based on the microtonal tuning of the kacapi.

John McCowen is a composer/clarinetist originally from Southern Illinois. His work focuses on extending the possibilities of the clarinet. His work has been described by The New Yorker as “the sonic equivalent of microscopic life viewed on a slide”. His music has been released on Edition Wandelweiser, International Anthem, Astral Spirits, Cairn Desk, and others. Performances include ISSUE Project Room, Norður og Niður Festival(Reykjavik), B10(Shenzen), Berkeley Art Museum(BAMPFA), Ende Tymes Festival, National Sawdust, The Lab, and Roulette Intermedium. John was a 2017 & 2019 artist-in-residence at Lijiang Studio in Yunnan, China, and also the 2020 artist-in-residence at ISSUE Project Room in Brooklyn. He received the Elizabeth Mills Crothers Award for excellence in music composition in 2016 from Mills College where he received an MA in Music Composition under Roscoe Mitchell. He currently resides in Reykjavik, Iceland.