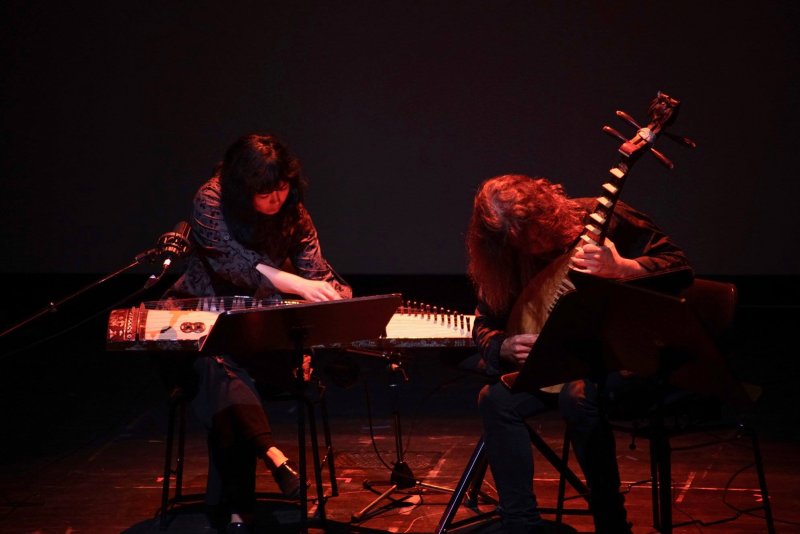 Thanh Thủy Nguyễn and Stefan Östersjö are members of the Vietnamese group The Six Tones. They recently recorded a double CD in Saigon with master performers of the Vọng Cổ, a particular form of improvised music in the south. This evening, they weave some materials from this music into a free improv duo performance.

Thanh Thủy Nguyễn is an internationally renowned performer of the Vietnamese instrument đàn tranh. She has won the First Prize and the Best Traditional Music Performer Prize in the national competition Zither Talents in Vietnam in 1998. Nguyễn Thanh Thủy tours regularly in Asia, Europa and the U.S. and has collaborated, among others, with Niels Lan Doky, Jakob Riis, Lotte Anker, Wu Wei, Richard Karpen, Malin Bång, Christer Lindwall and Henrik Frisk.

Stefan Östersjö is a leading classical guitarist specialized in the performance of contemporary music. He has released more than 20 CDs and been part of numerous collaborations with composers and improvisers in Europe, Asia and the US, but also in the creation of works involving choreography, film, video, performance art and music theatre. As a soloist he has cooperated with conductors such as Lothar Zagrosek, Peter Eötvös, Pierre André Valade, Mario Venzago and Andrew Manze. He is chaired professor of musical performance at Piteå School of Music 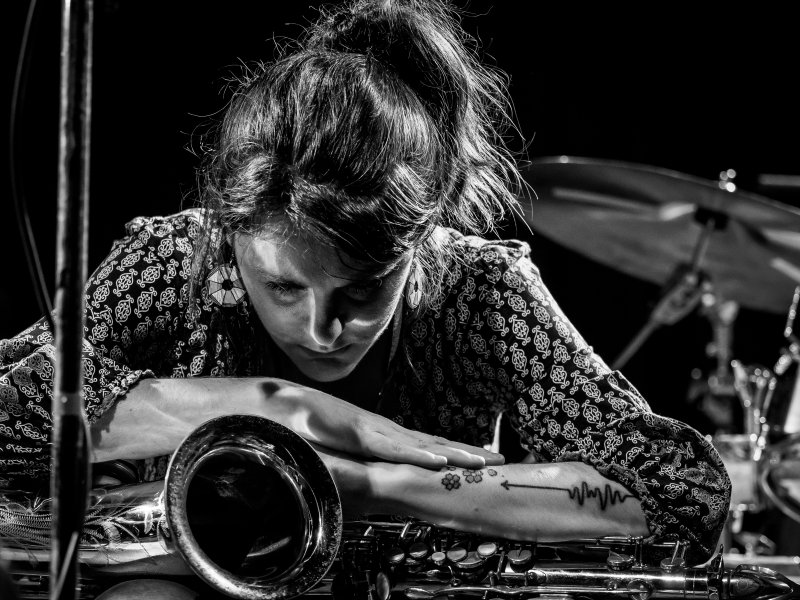 Elin Forkelid (formerly Larsson) got her breakthrough 2009 with the Elin Larsson Group album Live And Alive. Since then she’s worked extensively as a recording and touring artist within the jazz and improvised music spectrum, both as sideman and leading her own groups. She has won several prizes, such as SR P2:s Jazzkatten in several categories, Lars Gullin-prize and the J:son Lindh-grant. At the moment she’s performing with the ensembles SOL SOL, Anna Högberg Attack, Oya Sextett and others.

Erik Carlsson is a drummer and percussionist and an important voice in the international contemporary scene for experimental jazz and improvised music. His playing can be heard with ensembles such as Festen, Swedish Azz, and Skogen, as well as in the solo format on the critically acclaimed album "the Bird and the Giant”.

Gustaf Hielm is a double bass and electric bass player, whose playing can be heard with bands such as Pain of Salvation, Meshuggah, and Mats/Morgan band.

Ramdat is a free-improvisational act from Athens, Greece. Formed in spring 2016, they consist of Vangelis Dimos (drums, percussion), Victor Karamanis (saxophone, clarinet, electronics), Giannis Arapis (electric guitar) and Dimitris Ventourakis (piano, keyboards). Their music move seamlessly from noise rock to free jazz outbursts to riff-based grooves and ambient soundscapes. They’ve released several albums – such as ”About Citrus Seeds”, Welcome Strange One” and ”Chimeres” – and have over the years developed a distinct sound of their own, as well as a unique way of performing collective instant composing.

For tonight’s performance, the quartet will be expanded to a quintet, with the great Gustaf Hielm on bass!

(the Ramdat performance is supported by Musikverket)