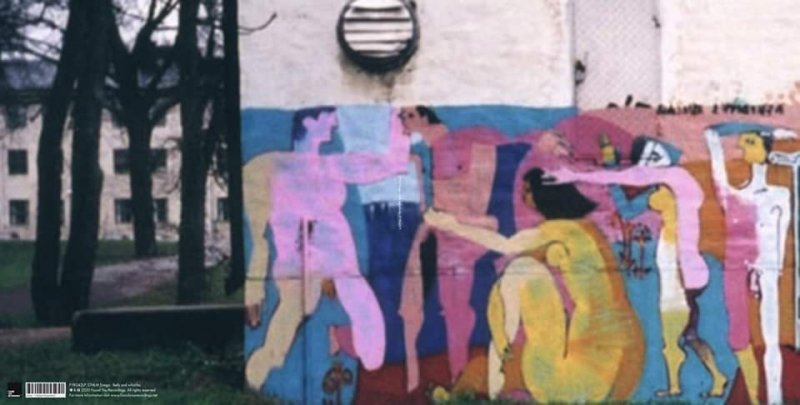 FRIM proudly presents our first event for 2020:
Welcome to the release of the debut album of STHLM Svaga, 'Bells and whistles' (Found You Recordings); a two set evening at Fylkingen. The acts are:

– A concert by STHLM Svaga to celebrate the release of their debut album
– 'Hanna från Kvärlöv, for clarinet and piano' (2019) composed by Rasmus Borg, performed by Gustav Rådström and Rasmus Borg duo

STHLM Svaga was founded in 2017 as an investigation into the possibilities of playing jazz and free jazz music conceptually of low dynamics. Through playing on a scale ranging from 'pppp' to 'mp' STHLM Svaga invite their audiences to listen with greater intensity in order to hear more.

In the liner notes of the album, the American bassist Steve Swallow writes:
"Carla Bley and I remember with great intensity a night in San Francisco, in 1968, when we witnessed the loudest music we’d ever heard. It happened at a venue called The Filmore, and the band responsible for the colossal noise was Cream – Eric Clapton, Jack Bruce and Ginger Baker. They played very well, and this wasn’t lost on us, but what we recall most vividly is the shocking shift in scale music at such volume generated, and the recalibration of our senses that shift provoked.

We were reminded of that night when we first heard STHLM Svaga. It’s a mystery that improvisers have ignored the opposite extreme – to play as softly as possible – but here you have it, and it is no less shocking. The psychological effect of STHLM Svaga’s music is a delight: first there’s disorientation, but then there’s re-orientation, as you hear that there is, paradoxically, great power in reticence.

This is something martial arts masters have long known, and musicians of various sorts, from Morton Feldman to Joao Gilberto, have known about it too, but STHLM Svaga brings this powerful force to jazz, where it hasn’t been before. A corner is turned within the music – the softer the band plays, the more force it generates. As near-silence exerts its powerful effect on the musicians they play less, and what they play assumes startling prominence. A well-placed note speaks volumes.

This music requires intense focus. You’ll need to lean into it, to pay heightened attention. But it simultaneously gives as it makes its demands, offering a trip into a world you haven’t known before, a world of small things made large by a simple but profound shift in perception."

Event photo credit: cover art of STHLM Svaga, Bells and whistles; a photograph of a graffiti painting made by Finn "Maes" Öhlund, one night around the year 2000 in the area of Uppsala, Sweden. Cover design: Patric Thorman/Found You Recordings.

Hanna Jönsdotter (1817-1910) from Kvärlöv, a village outside of Landskrona, Skåne, was a folk singer, with a considerable repertoire of folk psalm melodies. Locally sung in worship in the early 1800s, these melodies quickly fell into disuse with the advent of the organ in the local parish churches.