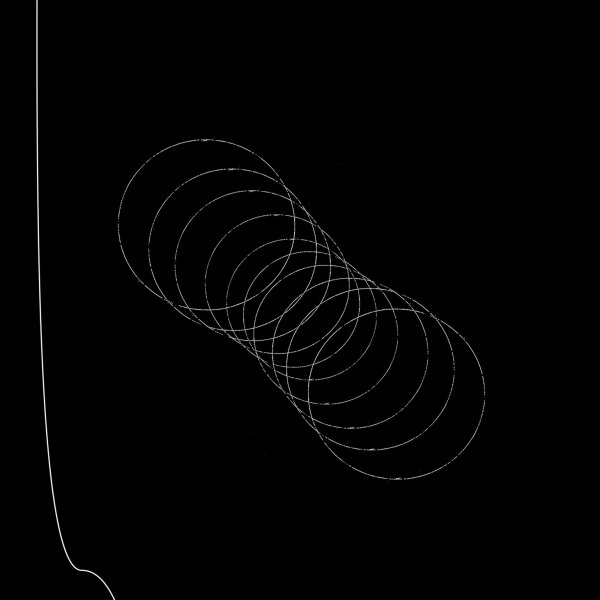 Samuel Hertz and Carmelo Pampillonio’s Librations is a multimedia performance with material derived from their Earth-Moon-Earth (EME) radio communications relay, which transmits signals to the Moon that are then reflected back to Earth. Using these sonic pieces captured between the period of Summer 2019 to Winter 2020 and material created during the duo’s EMS residency, Librations negotiates the sonorous, energetic, and contingent spaces between the Earth and the Moon, and the various tempi and orders of magnitude of which they occupy.

Librations is realized with the help of the Pisgah Astronomical Research Institute (US), TLM-18 Project Diana Site (US), Dwingeloo Radio Telescope (NL), Astropeiler Stockert Radio Telescope (DE), and OK1KIR EME Team (CZ). Initial development supported by residencies at Wave Farm Transmission Arts and Pioneer Works (US). Support for the working period in Sweden is supported by a residency at Elektronmusikstudion and generously supported by Goethe-Institut Deutschland and the Foundation for Contemporary Arts Emergency Grant.

Joint Artist Bio:
Samuel Hertz and Carmelo Pampillonio are sound artists and researchers who synthesize documentary practices of geophysical and atmospheric forces with the artistic practices of composition, transmission, and installation. Approaching ways in which we can develop notions of affect and ecological entanglement, their work explores complex interactions between non/human timescales, geophysical phenomenology, and sonic materialities.

Per Aspera Ad Astra (from Latin 'through hardship to the stars') was a morse-coded sentence launched alongside other sound recordings onboard Voyager space probe sent into space in 1977. Just like many other signals sent by humans to reach extraterrestrial beings, the Voyager message has so far remained unanswered. Per Aspera Ad Astra is an ongoing artistic and media archaeological exploration of our persistent desire to connect with the non-human, and, more specifically, the extraterrestrial.

The project takes the form of a performative soundscape composition built successively of archival material and sounds characterizing technologies used historically to establish contact with aliens. The archival recordings include glitches from digitized interviews with UFO witnesses from the Sweden's Archive for the Unexplained, snippets from the famous Voyager Golden Record, radio signals received lately from distant territories beyond the Solar System, and reenactments of historical messages sent by USSR and USA into space via early radio transmission technology. All this material is gradually intercepted and deconstructed by remediations of Stanisław Lem's deliberations on the inherently flawed idea of establishing contact with other-than-human residents of the deep space and time.

Jacek Smolicki is a Stockholm-based interdisciplinary artist, designer, educator and soundwalker interested in techniques of recording, archiving, and mediating human and other-than-human realms and existences.
In his design and art practice, besides engaging with existing documents, archives and heritage, Smolicki develops new modes of field-recording, para-archiving and mediating stories and signals from various sites, scales and temporalities. His work is manifested through soundscape compositions, soundwalks, site-responsive performances, para-archives, audio-visual installations, and writing.

Katt Hernandez is a violinist, improvisor and composer living in Stockholm. She moved to Stockholm in 2010, and works with a host of artists in many projects. She began a PhD in Music at Lund university in 2015, burning to understand and transmute the vast forces shaking cities apart through the ephemeral, the gentle and the complex, in sound. She has also been a researcher at the Royal Music Academy of Sweden.