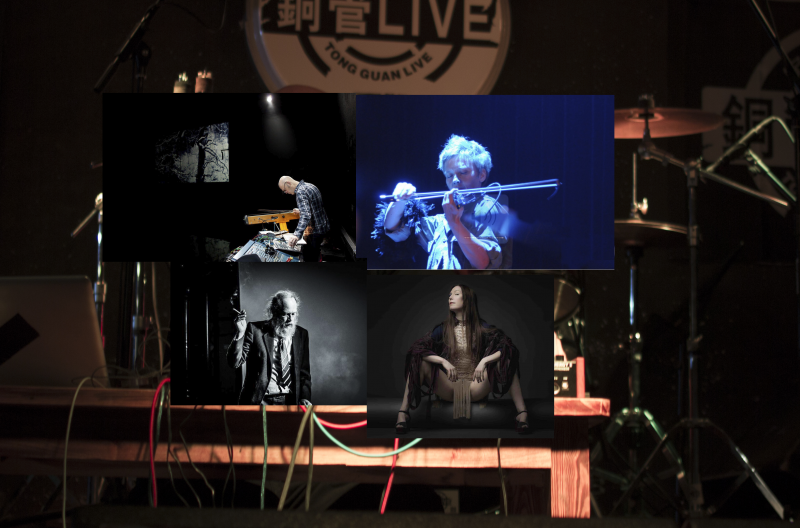 MIA ZABELKA is a sound artist, composer as well as an experimental violinist and vocalist from Vienna.
Comprehensively educated in classical music from early age on, she continued to construct and explore the limits of sound and music in a language entirely her own, based on the de- and reconstruction of the violin’s sonic possibilities, expanding the range of the instrument using live electronic devices, preparing it through the insertion of alien objects between or on the strings and innovative performance techniques.

She has given concerts and performances at many Festivals throughout Europe, America and Asia. Numerous CD, vinyl and video releases. Recipient of highly regarded prizes (3-time winner of the Prix Ars Electronica) and awards, she was a guest of the DAAD’s (German Academic Exchange Service’s) international artists’ programme in Berlin and the Fulbright Commission in New York.

SOFIA HÄRDIG has through the years played with a kaleidoscope of alternative rock and improve musicians. She has shared stage and studio time with members from legendary bands like Boredoms [JAP], Free Kitten [USA] The Hellacopters [SWE], AMM [UK], bob hund [SWE], Belle and Sebastian [UK], OOIOO [JAP], Medusas bed [Lydia Lunch project], David Sylvian, The Cardigans [SWE] and The Sunburned hand of the man [USA], just to mention a few.

As well as played with giants like Yoshimi, John Tilbury, Ikue Mori [USA], Eddie Prévost, Mats Gustafsson, Sofie Agnél [FR] and many others. She works with voice, live processing, guitar, laptop, electronic, cassette, keyboard and more. She has lived and worked in Berlin, New York, Stockholm, Bristol and Malmö. Her latest Album: The Norm of the Locked Room [2013] got rave reviews and was stated as one of that year’s most interesting releases by national and international press.

LARS ÅKERLUND is a composer, sound artist and performer of mainly electronic and electroacoustic music, living in Stockholm.