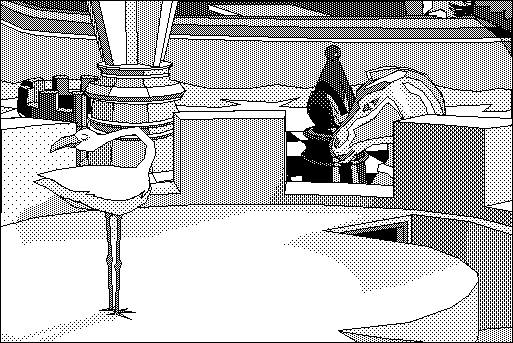 Hortense is half of Cherche Encore.

Hortense tries to use live coding as a way to talk about how struggling with one's mental health affects artistic practice. Hopefully it'll also sound good.

Rachael Melanson (a.k.a Rosen) is a transmedia artist from the UK who makes use of sound environments and possible play spaces to explore the fissure between author/ reader and online/offline environments.

She has recently been an artist in residence at Rupert, Vilnius LT (2017); performed commissioned work at HeK, Basel (2018), Issue Project Room, New York (2017), New Forms Festival, Vancouver (2016), and the ICA, London (2015); and presented work created during residency at The Banff Centre as part of group show, ‘Vaporents‘ at VOIDOID Archive, Glasgow (2016).

Mats Erlandsson is a composer of electronic music based in Stockholm, where he, apart from his artistic activities, works as a studio assistant at the prestigious Elektronmusikstudion – EMS.

While mainly focused on solo electronic music, he has also composed music for dance, performance works, chamber ensembles and worked together with various collaborators including Katt Hernandez, Maria W Horn, Erik Berg and Yair Elazar Glotman. Mats Erlandssons debut Selective Miracles was released as a double cassette in January 2016 followed by the LP Valentina Tereshkova and the cassette Old Tears, all on Copenhagen's Posh Isolation.

Since then he has released music on XKatedral and Miasmah Recordings as well as performed in various venues and music festivals including Norbergfestival, Atonal, Intonal Malmö, Flussi Festival, Eufonics, Audiorama, ACUD, Mayhem, Fylkingen and Sound of Stockholm.