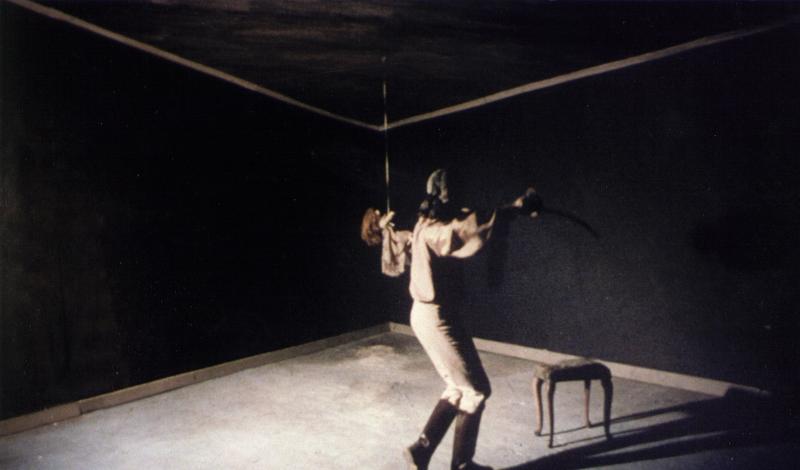 MICHÈLE BOKANOWSKI is a French composer in the field of electroacoustic, musique concrète, field recordings, minimalism, chamber music, She studied composition in Paris with Michel Puig , computer music at the Faculté de Vincennes and electronic music with Eliane Radigue . She has also studied electronic music at the Service de la recherche de l’ORTF (ORTF) directed by Pierre Schaeffer , and collaborate on the films by Patrick Bokanowski.

PATRICK BOKANOWSKI is a French filmmaker and artist developed a manner of treating filmic materiel that crosses over traditional boundaries offilm genre: short film, experimental cinema and animation. His work lies on the edge between optical and plastic art, in a « gap » of constant reinvention. Bokanowski challenges the idea that cinema must, essentiallly, reproduce reality, our everyday thoughts and feelings. His films contradict the photographic « objectivity » that is firmly tied to the essence of film production the world over. Bokanowski’s experiments attempt to open the art of film up to other possibilities of expression, for example by « warping » his camera lens (he prefers the term « subjective » to « objective » - the French word for « lens »), thus testifying to a purely mental vision, unconcerned with film’s conventional representations, thus affecting and metamorphosing reality, and thereby offering to the viewer of his films new adventures in perception.

DÉJEUNER DU MATIN
Patrick Bokanowski
Sound: Michèle Bokanowski
1974 / 16 mm / color / sound / 24 fps / 12’00
Incorporating painterly, Friedrich-like rural landscapes (that prefigure the profoundly isolated, psychological landscape of Alexander Sokurov's Mother and Son) set against expressionistic images of elongated shadows, skeletal structures, and highly acute camera angles that distort perspective fields of view, Déjeuner du Matin subverts conventional notions of family and domestic ritual to create a haunted portrait of isolation and Sisyphean ritual. Bokanowski sets the tedium of mundane, near-autonomic morning routines on a provincial farmhouse (a looped sequence depicting an inventor drafting his latest design at the break of dawn reinforces this sense of somnambulism) - eating breakfast, shaving, carrying bales of hay - against a sense of claustrophobic inescapability where momentary eruptions of unprovoked domestic violence are attenuated within the oscillations of a lifeline, and even the act of flight through the hills in order to watch the sun rise is made ominous by the churning of the clouds, the fragile balance of near-collapsing structures, and the silence of inorganic, forbidding mountains. Concluding with petrified images of despair and inanimate, seemingly truncated attempt at connection (or perhaps, reconciliation), the tonally jarring incorporation of a melodic, carnivalesque arcade music serves as a wry reinforcement of the theme of eternal cycles of ritual.

L'ANGE
Patrick Bokanowski
Sound: Michèle Bokanowski
1982 / 16 mm / color / sound / 24 fps / 70'00
The climbing of an immense staircase made up of the most varied stairs. Symbolic scenes occur on different levels where (the) characters seem to be prisoners of their deeds and of their own folly. Attacks, explosions, maniacal and despairing searching, objects which independently move, walls, floors and ceilings which form and disperse. The steep staircase leads little by little towards the zones of great light where human beings and nonhuman beings meet. Less than ever, the usual term "soundtrack" cannot be applied to the original music composed by Michèle Bokanowski for L’Ange, the music which alone makes up the sound world of this film without "dialogues » and without "sound effects" in the traditional sense. For this music is never a commentary, it can never be placed in a conventionally delimited part of the film, but is an integral part of its space, its pulsation, its song.