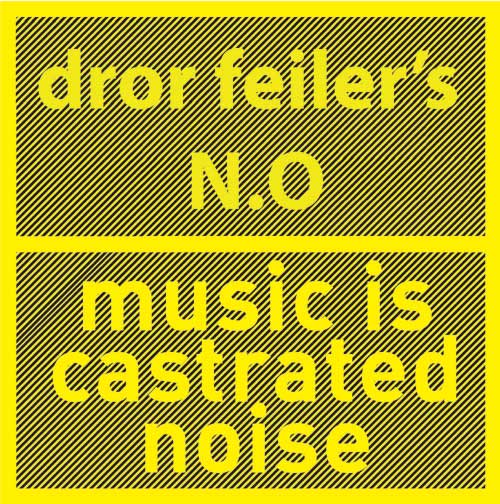 I want to create music/art whose events and situations that penetrate the listener/viewer so directly that he/she forgets how the work of music/art is formed. I want to have in one or another way an uninterrupted sound/noise to “dominate” the listener, to compel him/her to follow this main movement (or to leave). Struggle and construction as opposed to the peaceful meditation of the undulating line/structure is the goal. A creation of a spellbinding monotony is the method.
The “struggle” form implies a model of the “struggle”; but it must adapt myriads of “individual variations even if they are delirious or “unpleasant”. The “struggle” form is not the common epic one, it does not recount the “adventure” of an organic struggle. The “struggle” form deliver a new form, it deliver a great rift and/or gap, it is a lyricism ripped apart as it tends towards the common, the impersonal – or as it lets itself be carried away.

About my music & noise
In classical music, and in the new academic modern music, the emphasis is on the relationship between various pitches and durations of a note, which are the reasons for melody and harmony, in my music
I place importance on other elements, for example the relationship between synchrony and asynchrony, or precision of sounds versus imprecision. Going from disorder to order in music interests me. Going from disorder into a greater disorder interest me even more. The most immediately audible characteristic of my music is its noisiness. Abrasive, loud, fast. The textures are never sweet or satisfying in the conventional sense; one has only to hear the primal screams ”Pig iron” (The celestial fire CD/ANKARSTRÖM-Ö10 (Dror Feiler Solo)) for tenor saxophone & live electronics, the punk-free improvised thrash of ”Tio Stupor” (Saxophone con forza PSCD 81 Jörgen Petterson)) for alto saxophone & live electronics or “Point Blank” for chamber ensemble & live electronics (commissioned by Donaueschingen festival and performed by Klangforum Wien at Donaueschingen festival 2003; (Point Blank PSCD 155) to realize that neither a pathetic classical prettiness nor a pretentious romantic resolution has any place in those work of music, except as an antagonism. Nor do these works admit the conventions of modern and contemporary chamber music unproblematically.
Noise, in the widest possible sense, is one of the central elements in my music as for its more popular “musical cousin” the Noise music. The abrasive raucousness, in the music is an attempt to alter how people hear. Noise, as sound out of its familiar context, is confrontational, affective and transformative. It has shock value, and defamiliarizes the listener who expects from music an easy fluency, a secure familiarity, or any sort of mollification. Noise, that is, politicizes the aural environment.
My music uses ”noise” that is ”noise in itself; but noise, in this connotation, is not simply haphazard or natural sound, the audible "background" that encroaches on a work such as Cage's 4'33", as the audience is forced by the tacit piano to listen to its own shufflings, or to the urban soundscapes that emerge through an open window. It is a noise that is always impure, tainted, derivative and, in the romantic sense of the term, beautiful like in OpFor & DiaMat by the Too Much Too Soon Orchestra (What is the point of Paris? CD/FYCD 1007).
My music is difficult in the sense that Adorno finds Schoenberg's music difficult - not because it is pretentious or obscure, but because it demands active participation from the listener (as well as from the players, who are themselves listeners). As organized sound, this music demands from the very beginning active and concentrated listening, the most acute attention to simultaneous multiplicity, the renunciation of the customary crutches of a listening and the intensive perception of the unique and the specific. The more it gives to listeners, the less it offers them. It requires the listener spontaneously to compose its inner movement and demands of him not mere contemplation but praxis.
Is it possible to enjoy music like this? Enjoyment is a historical experience. People enjoy Mozart, Dvorak, Berlioz, mainstream new music or pop music. If I want to enjoy a melody, I go to Schubert or to old Jewish prayer tradition. This is a cultural historical and aesthetic experience. But of a work that was written the day before yesterday, I expect other things. Enjoyment is only a part of my listening. Art is too serious a matter to limit it to the concept of enjoyment. When a work is reduced mainly to appeal to taste, it is appealing to a lowest common denominators level: This is the same taste that chooses the colour of a car, or a table. This is the same taste that chooses what ice cream to lick. Most audience of the modern new music are becoming unfortunately a kind of intellectual escapists. For many years now, the audience is lost, in an aesthetic, philosophical and cultural crisis and is establishing a dictatorship of tiredness, despair and the demand for Italian espresso. They aren't interested in hearing the truth and only want to be caressed. So please: Be caressed. But not by me.