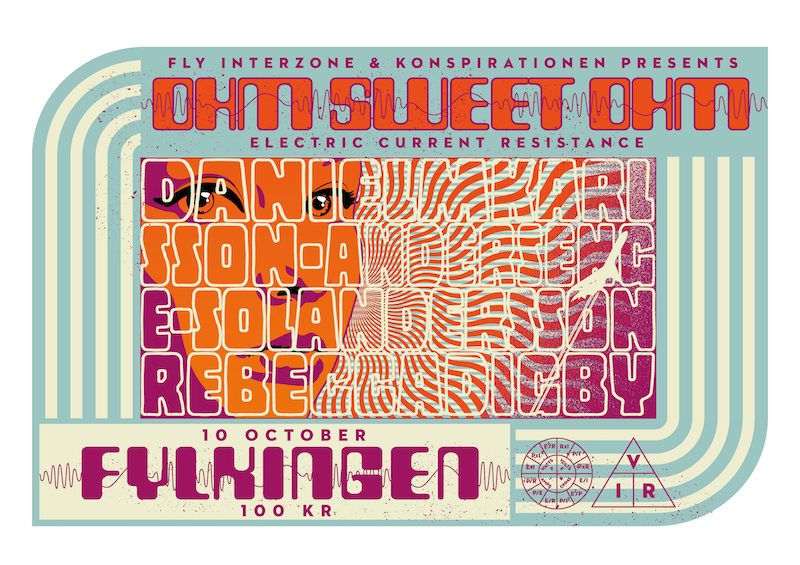 Anders Enge makes electronic music on a fairly primitive level. After a few releases on legendary record label BÖRFT and a string of tape releases on Funeral Fog, Dissociated Rhythm and PTROLEUM now the first 12-inch has been released on his own label "Ett Annorlunda Hörn".
The four tracks on "Visceral Hump" can be described as hard pounding Techno with psychedelic parts mixed with mysterious electro and happy accidents that are necessary to make the electrodes to come alive. Music from a different corner.

As part of music constellations such as Ana International Penetrator, Sowl and Noisebud Sol has had the opportunity to experiment and mix elements from different electronic music genres. The last few years she has mainly examined how a sort of dissolving of the instrument, performer and audience can be reached.
All her work is based on noise and feedback.

Rebecca Digby
Rebecca's practice focuses on the social potential of digital imagery and the fluidity of agency and subjectivity.
She often uses music and humour as tools to create installations and performances which take inspiration from
the stumbling interaction between the digital and the physical world.

NATURE CLIP OBJECT CONCERT, Video installation. The progress of digitization has changed the urban human’s access and relationship to nature. Advanced camera technology enables us to come close and through screens experience phenomena that have never been seen before by mankind. At the same time, the dramatization and the aesthetization of nature lead to a humanization of non-human entities, which means a reflection back to the self rather than an opening up to what is "other". New materialist philosophical movements suggest that our entire cognitive approach towards both nature and materia must be resculpted if we were to have any chance to avoid a climate catastrophe. Based on conversations with the participants about their digital nature experiences, Digby has written songs and constructed digital, surreal instruments. She has then recorded and filmed the participants as they perform their songs. The film is projected onto floor standing screens, 240 x 132 cm. Nature literally becomes an instrument for the subjective human expression.

Tickets: 100 SEK
https://secure.tickster.com/en/2jybnwvzlw2lr26/
(Due to COVID 19 regulations there are only 40 tickets avalable)