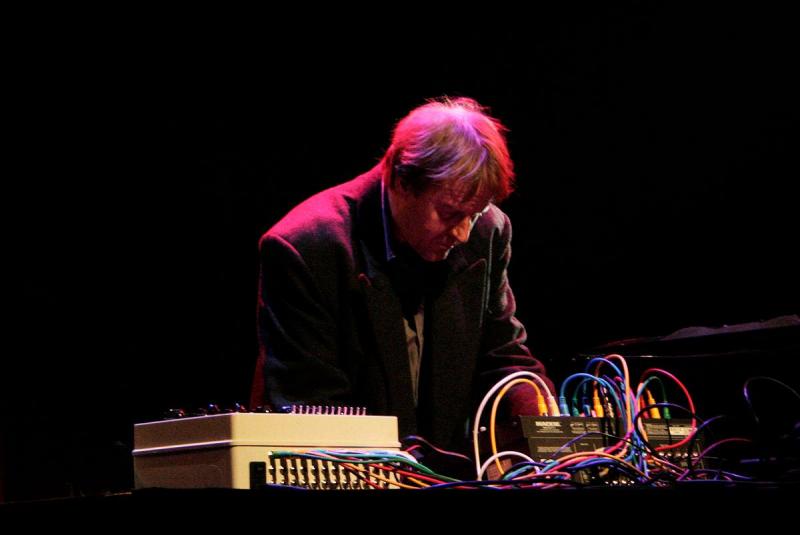 Since its first release in 1982, Touch has created audio-visual productions that combine innovation with a level of care and attention that has made it the most enduring of any independent company of its time.

Von Hausswolff was born in Linköping. He is an expert in the work of Friedrich Jürgenson, electronic voice phenomena (EVP) a researcher who claimed to have detected voices of the dead hidden in radio static. Hausswolff's own sound works are pure, intuitive studies of electricity, frequency and tone. Collaborators include Erik Pauser, with whom he worked as Phauss (1981-1993), Leif Elggren and John Duncan (artist). He also collaborates with EVP researcher Michael Esposito, film maker Thomas Nordanstad and with Graham Lewis (Wire) and Jean-Louis Huhta in the band OSCID.

Hausswolff is co-monarch (with Elggren) of the conceptual art project The Kingdoms of Elgaland-Vargaland (KREV), all areas of no-man's land, territories between national boundaries on both land and sea, digital and mental spaces. This nation has its own national anthem, flag, coat of arms, currency, citizens and ministers.
http://cmvonhausswolff.net

Yann Novak is an artist, composer, and curator based in Los Angeles. His work is guided by his interests in perception, context, movement, and the felt presence of direct experience. Through the use of sound and light, Novak explores how these intangible materials can act as catalysts to focus our awareness on our present location in space and time. Novak’s diverse body of works – audiovisual installations, performances, architectural interventions, sound diffusions, recording, and prints – ask participants to reclaim the present moment as a political act.

Leif Elggren (born 1950, Linköping, Sweden), is a Swedish artist who lives and works in Stockholm.

Active since the late 1970s, Leif Elggren has become one of the most constantly surprising conceptual artists to work in the combined worlds of audio and visual. A writer, visual artist, stage performer and composer, he has many albums to his credits, solo and with the Sons of God, on labels such as Ash International, Touch, Radium and his own Firework Edition. His music, often conceived as the soundtrack to a visual installation or experimental stage performance, usually presents carefully selected sound sources over a long stretch of time and can range from quiet electronics to harsh noise. His wide-ranging and prolific body of art often involves dreams and subtle absurdities, social hierarchies turned upside-down, hidden actions and events taking on the quality of icons.

Together with artist Carl Michael von Hausswolff, he is a founder of the Kingdoms of Elgaland-Vargaland (KREV) where he enjoys the title of king.
http://leifelggren.org

Robert Crouch is an artist and curator whose work encompasses sound, performance, and technology. As an artist, he locates his work with the intersection of post-phenomenological listening practices, conceptual sound art, and contemporary electronic music. At its core, his work can be understood as a conversation between tonality, context, history and subjectivities. Similarly, Crouch’s curatorial work focuses on the overlapping disciplines of sound, technology, movement, and performance.

In 2014 he organized the North American premiere of Sphæræ, a large-scale inflatable performance space and public artwork by Dutch artist Cocky Eek. In 2017 he co-curated Juan Downey: Radiant Nature, a survey of early interactive and performance work of the late Chilean artist as part of the Getty initiative, Pacific Standard Time: LA/LA.