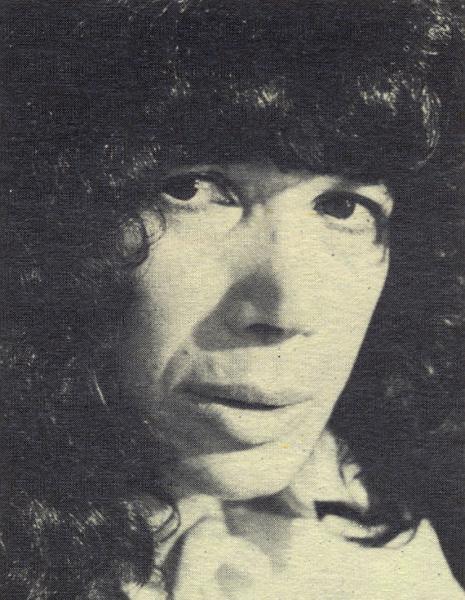 Roberta Settels (1929-2014)
Roberta Settels was a New York-born composer who moved to Europe in the 1950s. She settled in Sweden and worked during the 70s and 80s at EMS in Stockholm, where she composed several pieces of electro-acoustic music. She was also active at Fylkingen – Stockholm´s venue for experimental music and intermedia art – during this period. Roberta Settels also resided partly in France and was during the 80s active at IRCAM in Paris. In the 90s she got a scholarship to work with Iannis Xenakis and she also built her own studio in France.

In 1985 Roberta Settels released her only record production – the LP Isolation! Meinhof in memoriam, which consisted of four pieces of electronic music that Roberta had been working on during a ten years period. Roberta writes about the title work of the album:
"This work was released shortly after Ulrike Meinhof died. It is dedicated to her memory because she symbolizes by her life, her imprisonment, her death, the destiny of countless intellectuals who in one way or another offer their lives for their convictions. The subject matter of the piece is not, however, political, but rather an attempt to transmit the tensions of silence and isolation."
The record was initially planned to be released on the label Caprice Records, which was owned and run by the Swedish state, but the production was stopped in the last minute because of the controversial political topic it could be regarded to have. Caprice Records demanded that Roberta changed the title of the record – something that she didn´t want to do. Instead she started her own record label, Music in Crisis, on which this LP became the only release.

Already in her twenties Roberta Settels started a sandal business in New York. When she arrived in Stockholm in 1953 she picked up this business again and manufactured sandals by hand. In later years they were exported to many countries, but mainly to Japan. Roberta often compared her sandal work with her artistic work in the way that they were both about "problem solving".

Fylkingen has finally changed over to card payment system.
No cash payments in the entrance or the bar.